As 2021 ended on a high note for investors as markets recovered from a volatile patch, we explore the main factors that are influencing capital markets this year so far. Recently the markets have reacted to persistent inflation and full employment and the subsequent actions from the Federal Reserve and other central banks.

It’s important to remember that whilst markets tend to be dominated by short-term thinking, the Federal Reserve (Fed) are typically far more long-term in their thinking. Although the Fed is quite confident about the economic cycle, their hand may have been forced by the high inflation levels we have seen throughout 2021. Let’s look at December 2021 for example where we reached a near four-decade high of 7% inflation in the US.

Federal Reserve Chairman, Jerome Powell, stated last week that an increase in the Fed Funds rate would soon be appropriate after Quantitative Easing ends in early March. The latest program of monetary stimulus, which started after the pandemic, was more extensive than previous QE programs bringing the Fed’s asset holdings near $8.9 trillion today from $4.2 trillion pre-pandemic.

Furthermore, the Bank of England’s rate rises in December and January are the first of the main central banks to take a tougher policy stance on rising inflation.

So how well can the private sector prosper without the support of the public sector, particularly given that the pandemic is still ongoing?

Well on a positive note, and according to the IMF, the world economy is estimated to grow 4.4% this year (a robust expected growth, even though this projection has been revised downward from 4.9%). An optimistic view of the pandemic is that Omicron could be the last major variant of concern. Omicron, milder than the Delta variant though much more contagious, has outcompeted all other variants. Large numbers of Omicron infections coupled with increasing vaccination rates would likely lead to greater levels of immunity that could ultimately transform Covid-19 from pandemic to endemic.

However, there is an ongoing geopolitical concern for the economy & capital markets where Russia is amassing more than 100,000 troops near Ukraine’s border since April 2021. Even though officials seek diplomatic resolutions, the tension brought by any sudden escalation could become a cause for concern. Given that Russia is the EU’s fifth-largest trading partner & largest energy supplier, any economic sanctions the EU would apply against Russia may indirectly punish EU nations more.

However, the US has promised to help Europe secure more gas in case supplies get disrupted further due to actions by Russia.

After several exceptional years for risk assets, equity markets have started the year with significant equity indices under pressure. Amidst a backdrop of high inflation, restrictive fiscal & monetary policy, and geopolitical risks, there is likely to be higher volatility during the year ahead. We remain biassed towards globally diversified equities, given that this asset class has historically given investors the best chance of outperforming inflation over the long run.

Want to find out more?

Please contact us directly if you have any queries about the latest market update, or if you want to speak to an advisor directly about how we can maximise your investments and pension assets. 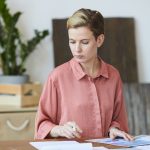 How your pension money is taxed… 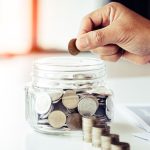 How can you take advantage of pension freedoms? 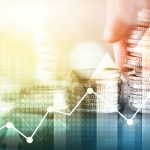